Posted at 12:06h in Health by Olly Du Croz
Share 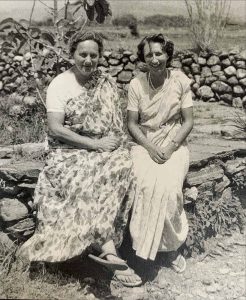 The new leprosy ward being built at Green Pastures Hospital will be named the Eileen and Betty Centre, in honour of two women who helped establish the hospital in the 1950s.

Eileen Lodge was one of the founders of Green Pastures and worked tirelessly for people suffering from leprosy. Alongside her was Betty Bailey, who went on to pioneer INF’s leprosy work in the west of Nepal.

They both followed God’s call to serve in Nepal and brought Green Pastures into being.

Both ladies have now sadly passed away, so the naming of the new ward will help preserve the memory of their contribution to the people of Nepal.

Thank you to everybody has already made a donation to help build the new Eileen and Betty Centre. 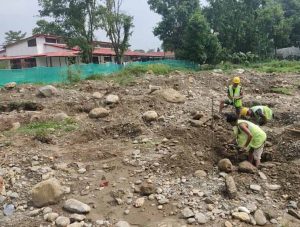 As you can see, work has already begun on clearing the site and laying the foundations.

Donations in response to our Leprosy Ward Appeal have so far reached almost £15,000. In total, combined with regular gifts to Green Pastures and grant applications, we are well on our way towards the £65,000 we pledged to raise for the ward’s construction.

Help write the next chapter of INF’s care for leprosy patients.

Please give to help build a brighter future for some of the most disadvantaged people in Nepal.