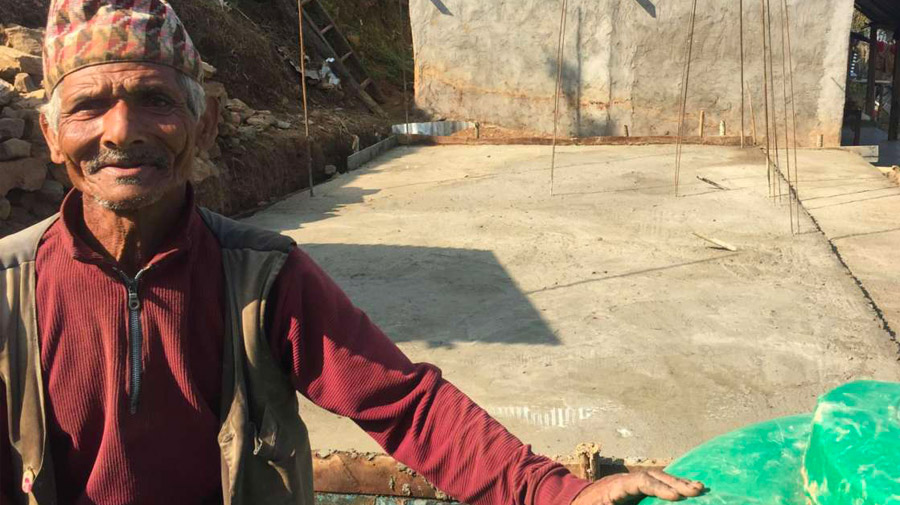 People at the bottom of society struggle to access their rights

When disaster strikes, the Government of Nepal supports communities in their struggle to survive and rebuild their lives. But some people are at risk of being excluded simply by their circumstances.
Extreme poverty puts those in greatest need at risk of missing out.

Extreme poverty is more than a lack of money or resources. It creates a vicious circle where a person doesn’t have meaningful choices and lacks opportunities to improve their life. People who are extremely poor often depend on using their time for foraging to find food and cheap labour to secure their basic survival. For illiterate adults, the lack of ability and confidence to deal with a bureaucratic process can create a real barrier. Others are excluded from communal life to a point where they are left unaware of their rights and opportunities.

Our partner ACN worked in the Gorkha district since the relief efforts began in the aftermath of the earthquake in 2015. They realised that the Chepang, Majhi and Baram people were at risk of missing out on government grants to rebuild their homes. The final year of the project focused on making sure that the most vulnerable people were able to participate in the house reconstruction scheme, which came to an end in December 2018.

People at the bottom of society struggle to access their rights

A helping hand for Nepal’s “Untouchables”

The Chepang, one of Nepal’s indigenous peoples, rank lower in society than the “Untouchables”, Nepal’s lowest caste. In recent years, the Chepang have begun to change from a semi-nomadic, slash-and-burn lifestyle to a more settled way of life. Historically, they foraged for food, collecting wild yams and plants, and catching fish, bats and wild birds. Because of their lifestyle they are much disliked and hardly have access to basic services.

The Majhi, a group of people who traditionally settle near rivers and make a living from fishing and ferrying people across the river, and the Baram people, who have their own culture and traditions, are Dalits, “Untouchables”. They are generally excluded from community life and are rarely aware of the options available to them.

Being illiterate and speaking their own tribal languages makes life even harder for each of these three groups.

ACN’s team facilitated meetings between community members and representatives of the indigenous groups, where people agreed ways of working together and identified the 250 households in greatest need. Many of them are single women with children, individuals over 75 years of age, or people who have no other means of support. Community members are committed to supporting them and to creating a safe place for them to build their homes and settle.

Help stop extreme poverty putting those in greatest need at risk of missing out.