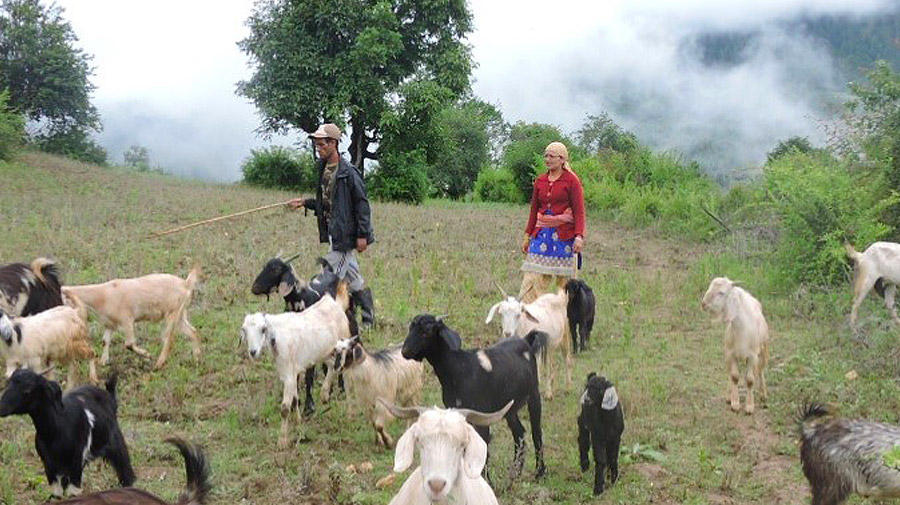 01 Mar From victim to victor

Padam, 48 years old, had a difficult childhood. He was passionate about education but he had to drop out of primary school and take up responsibility for his siblings because his father was not able to look after the family. Padam tried to make ends meet by working as a domestic labourer but the income he got was hardly enough to meet basic needs – let alone sustain his siblings or, in later years, his family.

Padam became a member of one of INF’s self-help group and learned about the value of saving. With the little money he earned he started contributing to the group’s saving scheme. After a few months he received a loan from the group to start goat keeping.

Due to the limited capital, his business was not going well, but Padam didn’t give up. He attended INF’s three-day business training and gained skills in planning, financial reporting, enterprise management, animal husbandry and agribusiness. Padam says that the training provided a strong foundation for him and that the new skills are invaluable. After the training he asked for another grant from the SHG to buy six more goats and a few months later he was able to start selling meat and make a profit.

With this substantial increase in his income, Padam was able to feed his family for a whole year, send his four children to school, buy them better clothing and provide them with three balanced meals a day without struggling to do so. He was able to repay the loans to the group within a year.

His income increased so much that Padam decided to start vegetable farming, and he bought a dairy cow to produce milk and cheese. His herd has grown to 27 goats and he managed to save enough money to build a solid house out of stone for his family.

Padam has become a mentor for other members of his group and they are always asking for advice from him on how to run a business successfully.