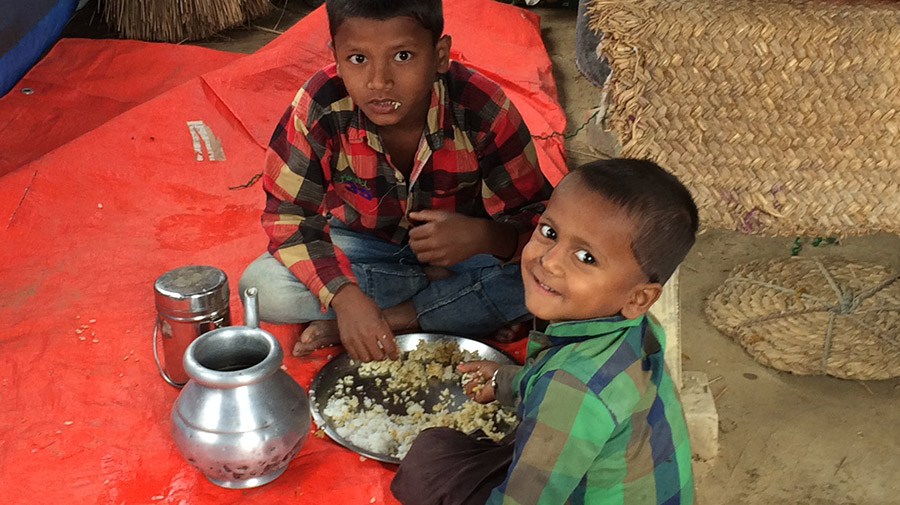 The Nepali Department of Hydrology and Meteorology has classed the storm, which swept across the Bara and Parsa districts on 31 March, as a tornado – the first recorded event of this type in Nepal. It is believed to have been around 250 metres wide and travelled over 30 km.

Local people described it as a whirlwind, which razed rows of buildings, trees and electricity poles. It blocked roads and left villages without electricity or means of communication.

The tornado killed at least 35 people, and over 600 have been injured. Homes of those who could afford to build with concrete have survived. But families who were only able to build with stone, mud, and bamboo have lost everything. 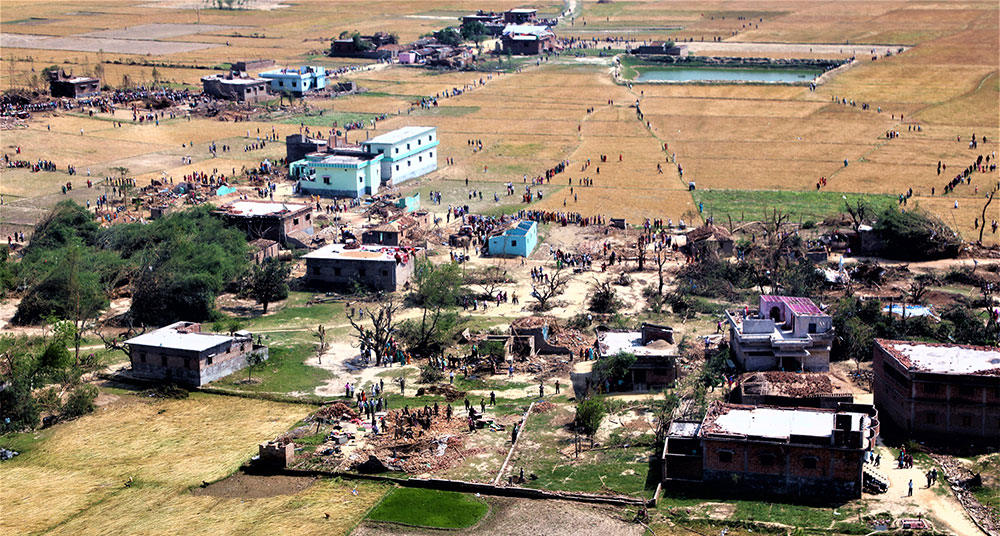 Response to the tornado

Both INF’s Disaster Response team and our partners at ACN (Good Neighbours Nepal) are endeavouring to help the victims of this unprecedented storm.

You can help families affected by the tornado by donating to our Disaster Relief Fund.

A gift of £30 could provide a sanitation and hygiene kit for two families, helping them to protect themselves against waterborne diseases.

A gift of £61 could buy a family recovery pack, including clothes, mosquito nets, cooking utensils, a small gas cooker and practical hygiene and sanitation supplies.

If you would like to donate to the Disaster Relief Fund, you can do so here.