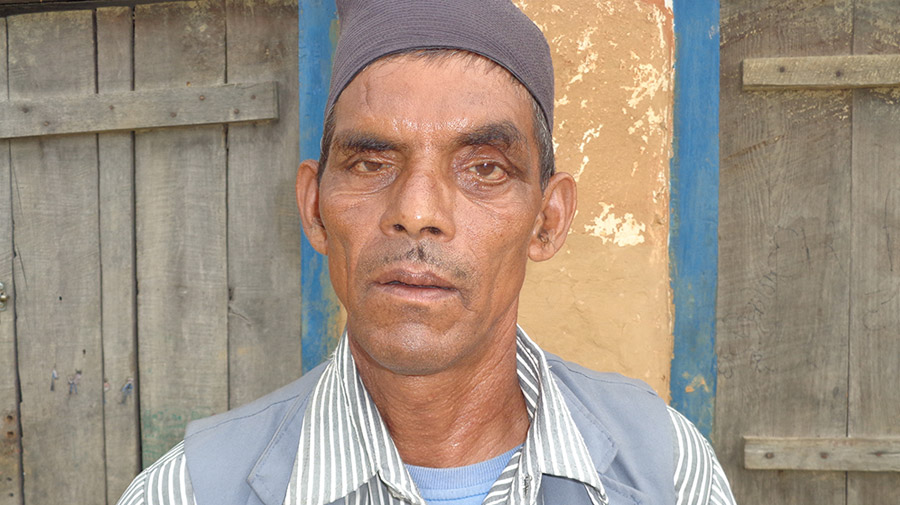 Nandan’s Fight Against Leprosy extends beyond his own disease

At the age of 26 Nandan started to notice patches on his hands and legs, but did not know what they were. He saw a traditional healer, who gave Nandan some herbs. After a couple of years, he suffered from numbness in his hands and legs and had developed a clawed hand.

Some relatives worried that he had contracted leprosy and advised him to visit INF’s clinic in Surkhet for a test. He was diagnosed with leprosy, was treated successfully, and was soon completely cured. But sadly, the news about his illness had spread in his village and people started to humiliate and exclude Nandan.

With a heavy heart, he left his home and moved with his family to a village in Surkhet. INF helped him with a loan so that he could set up a shop and earn an income. Now Nandan was able to provide well for his family and could even afford a good education for his two daughters. 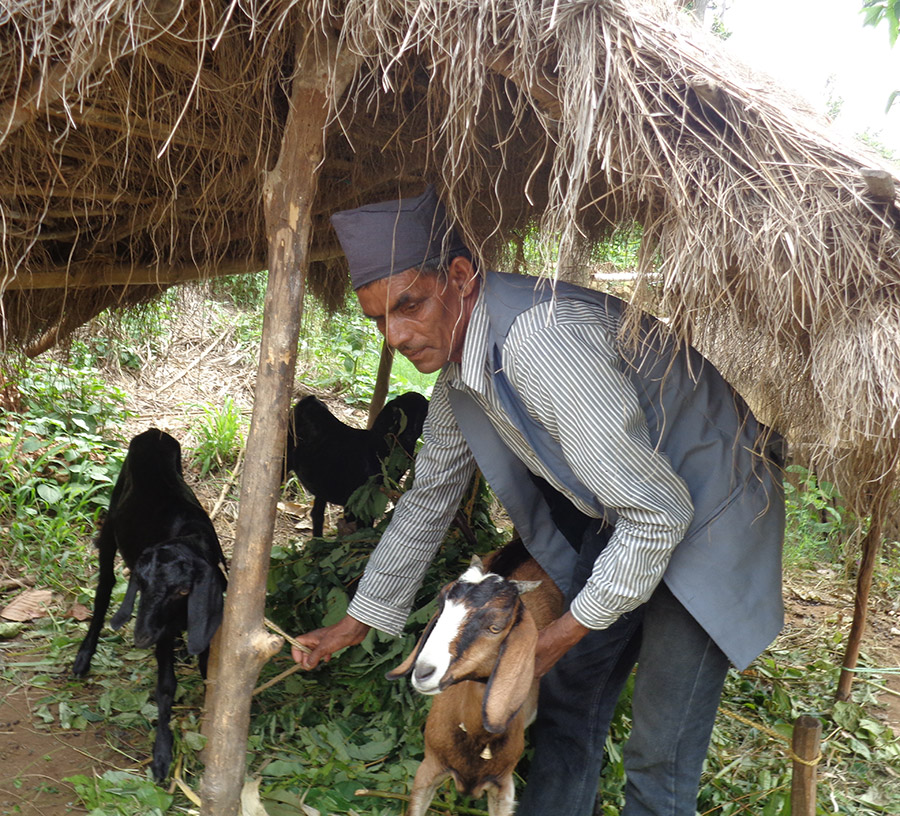 A fresh start for Nandan

Once he had settled in his new village, he joined an INF self-help group and become actively involved in the fight against leprosy. Nandan became the chairman of a leprosy self-help group and played a crucial role in raising awareness of the disease. He is instrumental in teaching people, affected by leprosy, effective self-care to avoid injuries and disabilities. He also became an advocate for his group and developed good working relationships with the local government and non-government offices. Now he helps people with a disability get assistive devices and disability ID cards so that they can benefit from the services that they are entitled too.

Thanks to his work and passion to fight against leprosy, better self-care in the community has shown amazing results. People who suffered leprosy and have numb body parts have learned how to treat smaller wounds themselves without further complications. Patients who are coming to the Shining Hospital Surkhet don’t need to stay as long for treatment as in the past as their problems are less severe.

Thanks to better awareness and education about the leprosy, more cases are detected early in Nandan’s community, and the number of patients who suffer a disability as a result of leprosy has significantly reduced.

Today, Nandan is 60. His family has done very well. His two daughters had a good education. One of them is currently studying for a bachelor’s degree and works as a teacher. The other daughter lives abroad with her husband. Nandan is enjoying good health and he and his wife are well-respected in their community. They are living in a comfortable home on their own land, rearing goats.

Nandan is a great example of how hope and determination can turn desperate circumstances into a successful life, even benefitting many more people. Change is possible, it sometimes only needs a helping hand to enable someone like Nandan to turn his life around.

Be part of the change. Help stop leprosy, and the discrimination and disabilities it can cause.