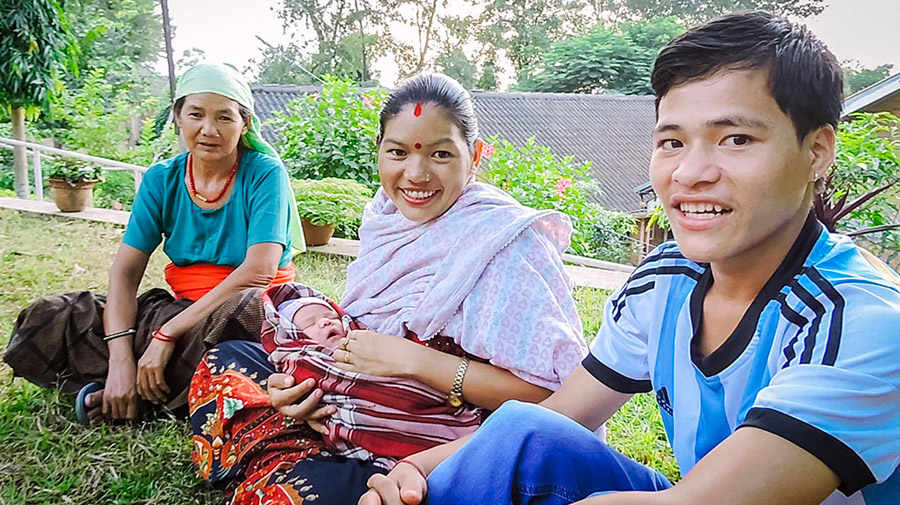 Ganga lives with her husband, his brother and father. Life was good and the family got on well together. During her first pregnancy she was told at the local health post that, while her baby was not in the best position, everything would be fine. With no local hospital Ganga prepared to give birth at home. After labouring through the night she walked with friends to the health post, an hour away. After three days the baby stopped moving. Two days later it was decided to send her to Nepalgunj for help. Ganga had to be carried on a stretcher for 16 hours to reach the ambulance. But by this time the baby had died.

With a fistula (a tear between the bladder and birth canal caused by the prolonged labour) Ganga began to leak urine constantly. Her friends avoided her because of the smell. They told her that her husband would leave her. But they were wrong – he stood by her.

Then, one day, Ganga heard a short drama by INF on the radio advertising a fistula outreach camp. She called the team in Surkhet who encouraged her to come. Ganga was able to have the surgery free of charge. It was successful and she went home dry. She was advised that if she became pregnant again she would need a caesarean section.

A few years later Ganga rang INF to say she was expecting a baby. Without a hospital nearby that could perform the surgery she chose to travel to Surkhet again where she gave birth to a healthy baby boy. She and her family are now full of joy.