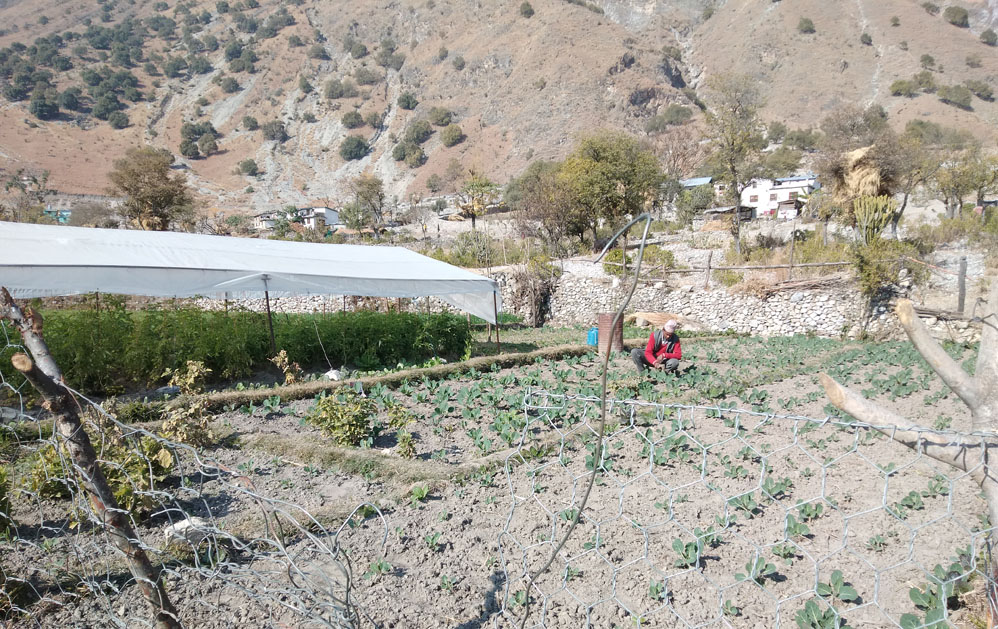 This year sees the launch of our first partnership with a project specifically designed to address the impacts of climate change on the most disadvantaged people in Nepal.

Taken from the latest edition of our Today in Nepal magazine, here is an introduction to INF Nepal’s plans for a Climate Change Adaptation project in Bajura, and why it is so vital:

Nepal is one of the most vulnerable countries in the world to the effects of climate change, ranked in the top 10 nations to suffer from extreme weather events.

Natural disasters such as earthquakes, floods and landslides are a regular part of life for many in Nepal, especially those in poorer areas along the Terai plains and in remote hillside villages.

We have teamed up with INF Australia to support a new project focusing on climate change adaptation to improve sustainable livelihoods in the western district of Bajura, which will be delivered by INF Nepal starting later this year. Three quarters of the project funding is coming through the German government, in a continuation of the strong relationship we have built with Terra Tech which is also funding INF’s community resilience and development project in Kalikot.

The new climate change adaptation project in Bajura will run until 2024 and has three main objectives:

Activities will benefit more than 20,000 people living in the Gamul and Badimalika municipalities of Bajura, which are situated in steep hills with very little useable agricultural land (only 6% in Gaumul and 11% in Badimalika).

However, almost 80% of the people in these areas are dependent on agriculture for their living. Even where there is usable land, the low yield from crops makes it difficult for people to grow enough food throughout the year.

INF’s experience of working in this area also shows that there is no system to help local farmers sell produce at other markets, or to get good prices locally. Due to these combined reasons there is a high rate of seasonal migration to India, especially among young men, to find work.

Ben Thurley, Chief Executive of INF Australia, wrote in their latest edition of Today in Nepal:

Nepal is among the developing nations most at risk of climate-related disasters and other impacts of climate change. Two-thirds of the population depend on agriculture and the monsoon rains for life and livelihoods. As a result, every change in the climate has a big impact on subsistence farmers and vulnerable communities.

Climate disruption is changing monsoon rainfall, delaying its onset and contributing to more intense downpours. Loss of snow cover and decreasing snow-melt reduces seasonal water availability and exposes winter crops to harsher winds, storms and frosts. Flowers which once signalled the imminent onset of rain are responding to the warming climate and now blossom months earlier than a generation ago. It’s hard to plan for planting and protect crops under these changing conditions.

Meanwhile, the Himalayan glaciers are losing eight billion tonnes of ice each year because of warmer temperatures. Families are leaving high mountain communities, which have been their homes for generations, as water becomes more scarce and marginal soils cease being able to support even the hardiest of crops.

Greenhouse gas emissions over the twentieth century have heated the Earth’s surface by 1°C. This extra energy in the climate system fuels heatwaves and wild weather. Climate disruption is already dangerous and, despite international commitments, we are on track to heat the planet by more than 3°C before the end of the century, creating additional hardship for all, especially the poor.

Please help Nepal respond to the impacts of climate change

Your gift could help the poorest in Nepal adapt to climate change and allow future generations to thrive.