INF draws its ethos and values from its Christian history and heritage.

We show active compassion, share with the world’s poorest, and encourage individuals and communities to access and enjoy their rights. We believe all people are equal, and so inclusion and dignity are very important to us, irrespective of gender, sexual orientation, religious belief, disability, economic status or caste.

We are motivated by faith, we describe this as being committed to following Jesus Christ in ways that are relevant to the needs of today’s world.

On New Year’s Day in 1936 Dr Lily (Pat) O’Hanlon, a missionary in India, believed God was asking her to serve Nepal, but the border was closed to all foreigners and even Nepali Christians had to leave the country.

For 15 years Pat and her colleague Hilda Steele ran a dispensary on the Indian side of the border, patiently waiting for an opportunity to enter Nepal. Finally, in 1951, at the beginning of the reign of King Tribhuvan, the situation changed and the borders were opened. In late 1952 Pat, Hilda, four other women, together with four Nepali men, made the nine day journey, mostly on foot, from the southern border of Nepal, northwards to Pokhara. They became the first Christian medical team in the country.

Locals nicknamed the shiny metal huts “Shining Hospital”, a name that is referred to today by the Government.

They settled in Pokhara, lived and worked out of bamboo and thatched huts on land owned by a Nepali Christian. In 1954, the team ordered pre-fabricated aluminium huts from India to have safer, more weather-proof buildings. Locals nicknamed the shiny metal huts “Shining Hospital”, a name that is referred to today by the Government.

Today, INF runs three Shining Hospitals in Nepal, which are treating 60,000 patients each year. The vision is that the hospitals become reputable training centres and leading examples for medical care, setting standards in Nepal’s health sector. You can find out more about INF’s Shining Hospitals here. 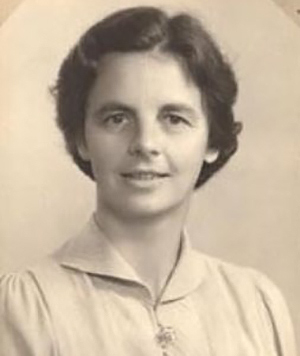 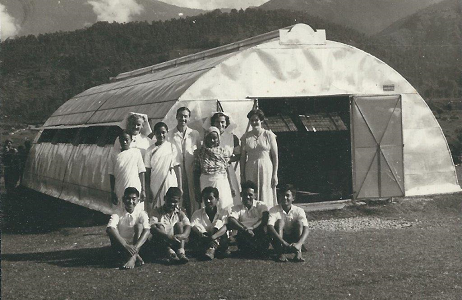 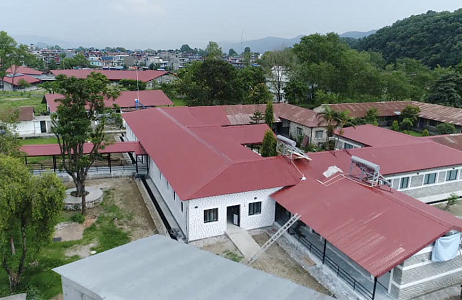 We use cookies to ensure we give you the best experience on our website - Find out more.