Bringing specialist medical care to where people are in desperate need of help is so important. It could be the only chance they have to regain health, hope and strength to carry on and survive. Camps started in 1993 to bring medical care to some of the poorest and most difficult to reach areas in Nepal. Since then, INF has organised over 100 camps, bringing hope and healing to thousands of people. You can read some of their stories below.

The availability of services remains very patchy in rural areas. That’s why we continue to run camps for people with medical and surgical needs and for women with gynaecology problems. In the coming year we hope to reach another 2,000 people. But we need your help.

We need your help

Your gift will help to fund the cost of these camps, ensuring that poor people can get the treatment and care they need.

I want to help now

Could cover the cost for two patients to bring equipment, drugs and specialist doctors and nurses to remote areas

Could contribute to producing banners, fliers and radio advertisements to tell people in advance when the camp will be held

Mana was married at 19. She has had nine babies but only two sons and one daughter have survived. When she was thirty she lost twins after a prolonged and difficult labour. She was left permanently leaking urine. Mana sought treatment but without success. She says, “My neighbours used to hate me when I went outside so I stayed inside the house.”

The Female Community Health Volunteer in Mana’s village heard about the fistula camp organised by INF Surkhet. Mana wanted to go for surgery. Her family agreed and her son took her to the camp.

“There were twenty women there like me, with urine that had been leaking for years. I had my operation and waited anxiously. Two weeks later I was dry. It had been my dream that one day I would walk outside my house, wearing new clothes and having no fear about what my neighbours were thinking about me. Now I am free from fistula thanks to INF.” 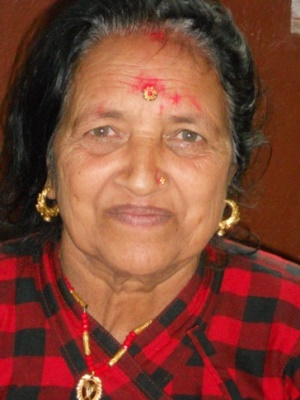 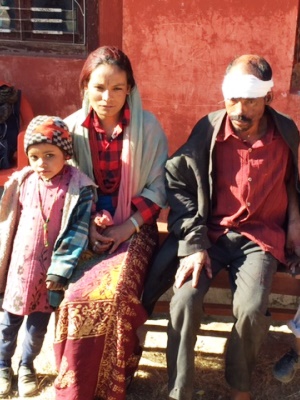 At a surgical camp at Thawang health post our team saw a man lying on the ground with a head wound. He was disoriented and needed immediate medical help.

After cleaning the wound, Dr Prakash sutured it and gave him an anti-tetanus vaccine.

It turned out that the man had been in a fight with his family. He used to drink heavily but after talking to the camps team about his situation he realised that life has more in store for him.

He decided to give up drinking and returned at the end of the camp to say goodbye – grateful, and with his whole family in tow.

Puskar, opposite, was 14 when he came to one of INF’s Ear Camps. He had experienced pain and deafness in his ear since early childhood. But his life was transformed when he visited an ear camp. He left after a week with his hearing restored and no more pain.

Dr Mike, an ENT specialist, leads ear camps every year. This year a vehicle breakdown, and landslides on the narrow mountain roads, meant it took three days for the team of 13 to reach their destination in Jumla.

Late on their first evening, Mike and the team were called to the local hospital. A deaf and dumb lady had fallen from a tree, smashing her face. Her nose was almost cut off, but the team managed to repair her. 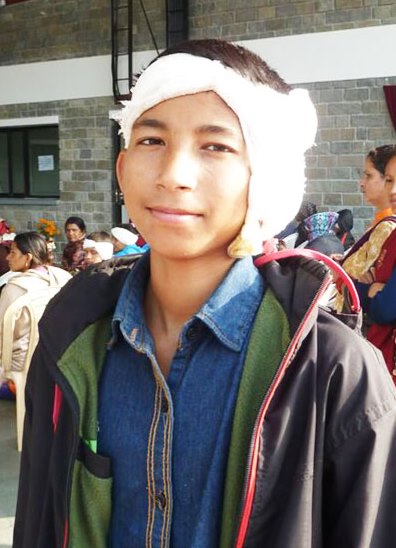 “When we asked why they didn’t come to the hospital they said, ‘we cannot leave the children at home… we cannot afford to go to the hospital… we would need to sell land or animals to pay for treatment… Camps are so important as we are able to take treatment to the people where they are, thus saving people in remote areas from becoming more impoverished.” 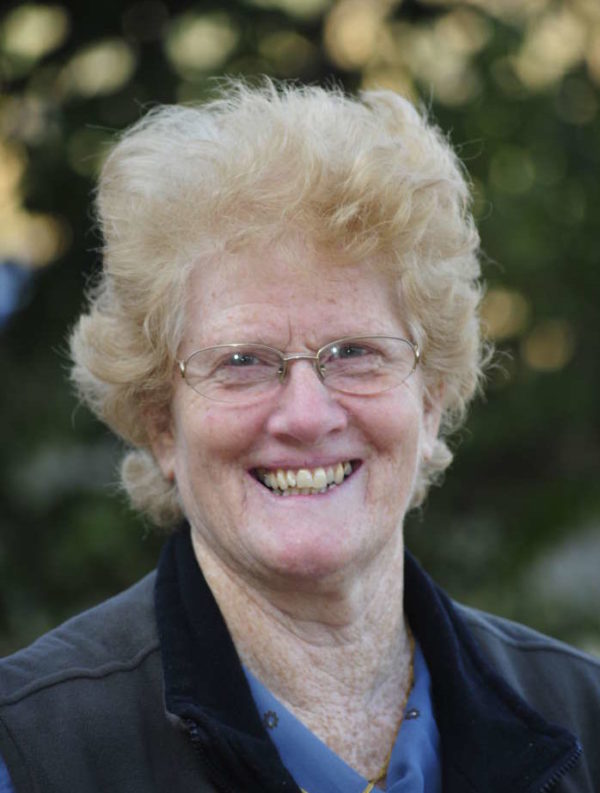 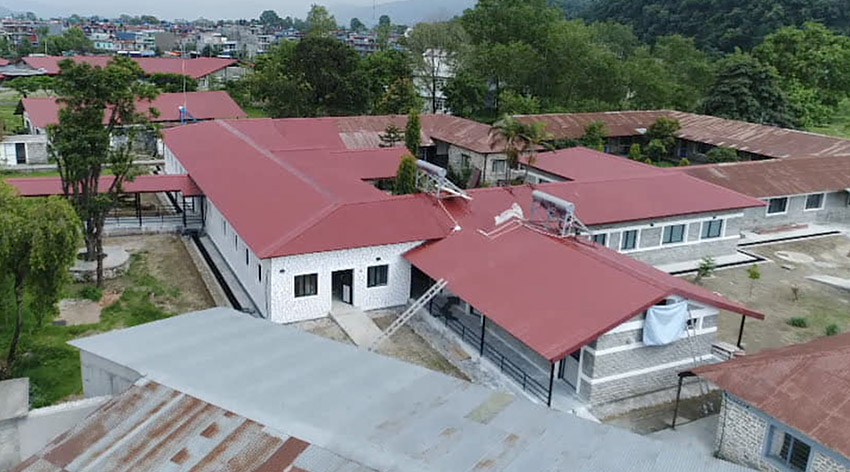 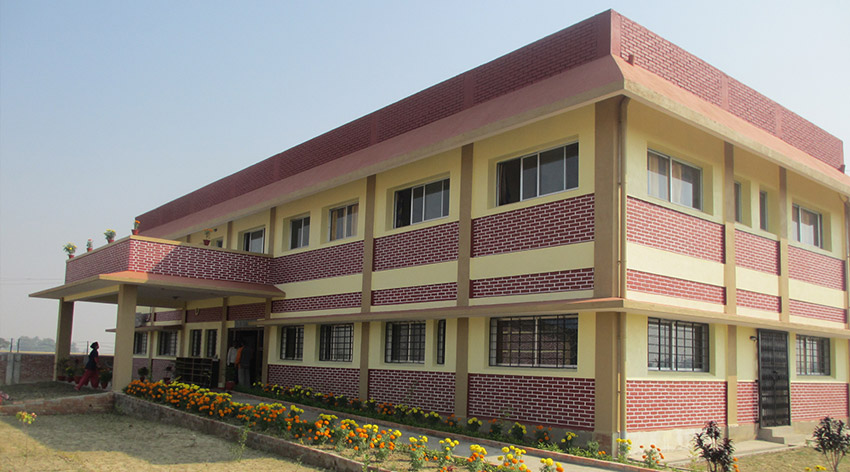 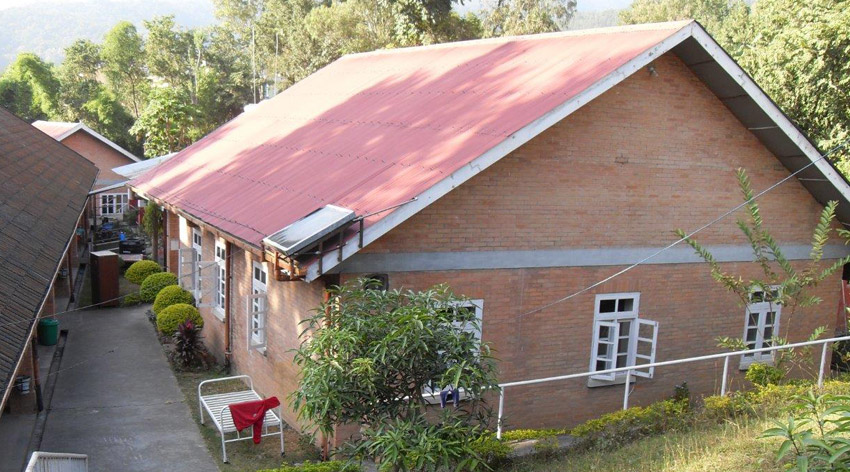 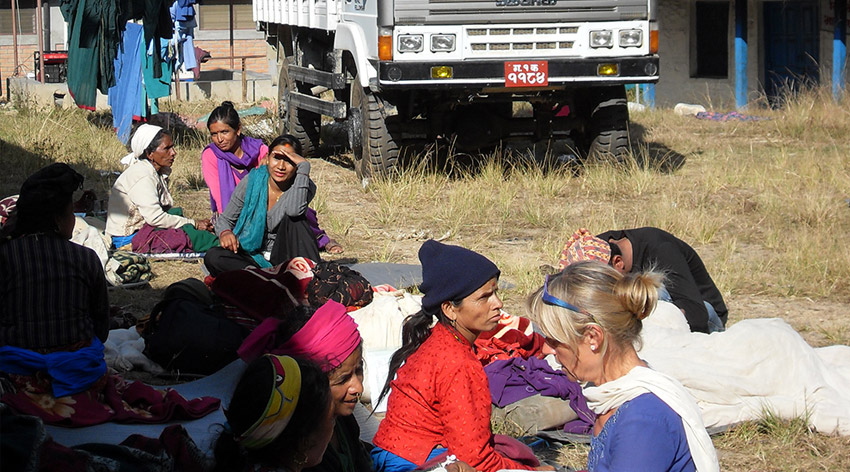